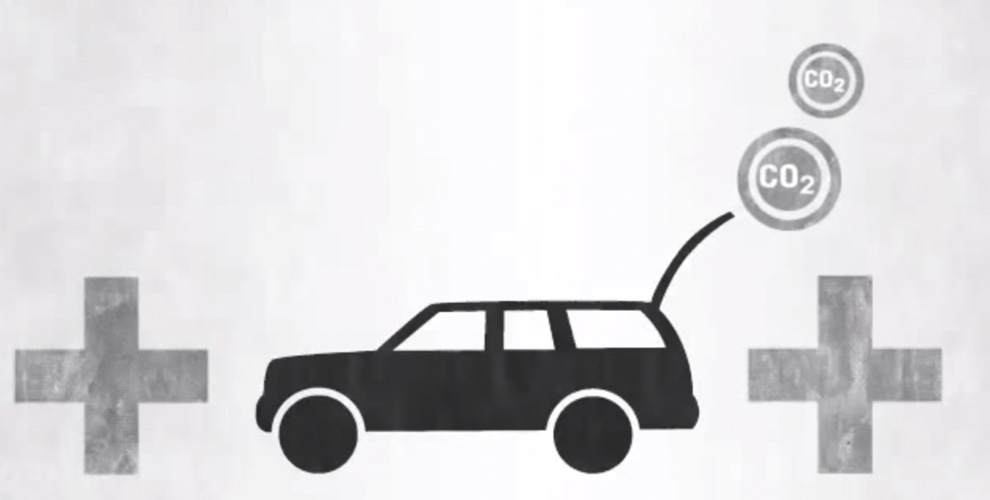 Growing up in Hawai’i, I was taught at a young age why it is critical to minimize littering and to recycle whenever possible. I can remember watching a video in the second grade that documented a city-wide project that stenciled the message “Dump No Waste, Protect Our Waters For Life, E Malama I Ka Wai Ola” on storm drains. We were shown a 5-minute video of a young child in the back seat of a car, carelessly throwing his empty bag of chips out the window. The camera followed the bag, which blew in the wind, landed on the ground, and got washed away into the storm drain, which then lead to the open ocean. The final scene was an animal, probably a monk seal, choking on the bag. To raise citizen’s awareness of storm drain pollution, the city and council created a storm drain stenciling program, and encouraged public and private schools to take part. If I remember correctly, my class went on a field trip near our school to stencil on a few drains. Clearly, this video left a huge impact on me, as I remember the video vividly 12 years later. According to the EPA case study “Developing Public Service Announcements and Targeted Brochures”, 76% of surveyed subjects in Hawai’i were aware of the stenciling project in 2004, an all-time high when the study was published.

In my young, naive mind, I must have assumed that Hawai’i is just like any other state, and that environmental programs were just a reflection of the average American behavior. However, after experiencing two years of college abroad in Shanghai, I realize that my norms and generalizations are often very different from other American’s. This is probably true for various reasons. Not only did I grow up on an island known for its natural beauty and treasuring its native, extremely diverse species, but also I attended a K-12 private school. Right around the time I was shown that video in second grade, a center for public service was established on campus, and throughout the years, they did many programs and collaborations with classes to raise awareness. The convenience and large presence of the center was perhaps unlike other schools in the state or nation. I believe to have gained environmental awareness mainly through my unique education growing up.

For my Chinese Environmental Governance class in college, I decided to do some research on storm drain stenciling, and figure out if the assumptions I had about other states in the U.S. were reality or not. According to the EPA’s page on storm drain marking last updated July 2014, the states that have their own website with listed initiatives are Texas, Florida, Connecticut, North Carolina, South Carolina, California, and Mississippi. Furthermore, on the same EPA site, it notes that instead of the stenciling program, there have been alternative measures taken in cities such as New York, where they “equip [storm drains with] new developments with catch basins, grates, or inlet covers that are pre-cast with a storm water education message. While this option is the most costly of the storm drain marking alternatives, it is also the most durable and requires the least amount of maintenance. It does not foster public participation, however, because the messages require installation by professionals or city crews” (EPA, 2014). Clearly, the EPA website hasn’t been updated for a full year now, and it doesn’t seem to reflect efforts that the city and council in states are making (such as those in Honolulu, HI). However, we can see that the EPA and various cities have been making efforts to increase storm drain awareness since the new millennium. I would also like to note that all of these states with storm drain awareness initiatives are on the coast, and there doesn’t exist similar awareness across the nation. There are particularly strong efforts in the states surrounding the Chesapeake Bay to keep the storm drain sewage unpolluted of our material waste. It seems logical that coastal states have higher initiatives to keep their oceans clean because they are primarily responsible for them and held accountable for immediate pollution (as they should).

​In my life, the next strongest memory of collaborating with the school’s public service was in the fourth grade; there was an island-wide contest for schools to collect the most amount of cans and bottles to recycle, which of course, having the largest student body on the island, made for a landslide win. After 2 weeks of dedicated recycling on campus, my school collected over 400,500 recyclables. I now look back and wonder how influential the HI-5 redemption value for all aluminum, plastic and glass beverage containers was for Hawai’i state residents to become aware and encouraged to recycle. Currently, there are only 10 states that have this cash-for-cans system. Unfortunately, I could not find a single study on what percent of cans were recycled by state, as that would be an interesting statistic.

​With such background on environmental sustainability and lifestyle growing up, environmental activity in Shanghai seemed a lot different from what I was used to. To generalize (although this paper was supposed to show that I should stop doing that), many people believe that developing countries such as China are dirtier than developed nations, and from my observations in Southeast Asia, this seems to be true. One of the culture shocks I received when visiting China and living here for two years is how dirty and polluted with trash the streets and natural areas are. Coming from a place where there exists a statewide smoking ban since 2006, it is completely astonishing that all over China, it is legal to smoke indoors and in enclosed, public spaces, and even flick lit cigarette butts on the ground. In China, there is little awareness about storm drains like where they lead to, and why they should be clear of debris. There is no stenciling program there, and I’m not positive that even if there were, it would prevent people from kicking their trash into these drains, which I’ve seen a few times. Moreover, after living in Shanghai for two years, I’ve observed that foreigners from developed countries who assumedly don’t have habits of littering and were required by law to somehow recycle their trash, completely abandon many of those practices upon moving to Shanghai, where such laws are not created.

Living abroad and studying with students with international backgrounds, I’ve learnt that every country has it’s own cultural history, feelings, and varying amounts of power to take actions when it comes to environmentalism. It is hard to come to an international agreement on who is to take responsibility, how much responsibility, and how. However, there seems to be hope for a better future, especially since the revolutionary light Pope Francis shed on climate change last month, in which he claimed that religion and science are not opposing concepts and both have incomparable value for preserving our Earth. While it may seem impossible to do everything right in terms of living in a 100% sustainable matter for the earth, I believe the best we can do is take personal responsibility and try our hardest. In the past year, examples of communities heading towards the right direction are Seattle, with their ban on food waste, San Francisco’s sales of plastic bottle ban, and now Hawai’i, with our plastic bag ban as of July 1st. It’s so exciting to see how different countries are tackling their environmental problems, and the creative solutions and technology that are born from it. Cheers to greener living and working together to solve a worldwide problem.

Here are a handful of materials that have shaped my learning and understanding about sustainability over the past 5 years:
Films:
​End of the line
​Blue Gold: World Water Wars
​Cowspiracy
​Food Inc.
​Ted Talks –Sylvia Earle: My Wish: Protect Our Oceans
​https://www.youtube.com/watch?v=s5kg1oOq9tY
http://www.businessinsider.com/what-earth-would-look-like-if-ice-melted-world-map-animation-2015-2
https://www.youtube.com/watch?v=lqEqG4cyNNU
Articles:
http://www.mindbodygreen.com/0-16168/i-havent-made-any-trash-in-2-years-heres-what-my-life-is-like.html
http://www.bbc.com/news/science-environment-33209548​
http://www.nytimes.com/2015/02/26/us/food-waste-is-becoming-serious-economic-and-environmental-issue-report-says.html?_r=0