Mango-an (the Mango Hut) is a peaceful place overlooking Diamond Head and Honolulu Harbor from the West.  A great place for breakfast at sunrise, celebrating the myriad ways the sun and clouds paint the early morning skies. It is a good place to contemplate our place in the universe. And great for watching mangoes grow to fruition, how the tree supports the lifecycles of various kinds of creatures that steal the mangoes while they are still on the tree, the great generosity of such a tree to support so many different creatures, including―sometimes, at least–myself and my family.  Beyond the fence is a Filipino family with lots of roosters that are a natural alarm clock. 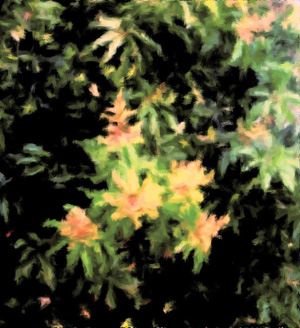 I would like to begin with a comparison, a speculation about myself.  I was raised until 11 years old in a rural town, Pembroke Massachusetts.  My father and grandfather both worked outside of Boston, but also at home, engaged in growing vegetables, fruits, and raising chickens, ponies (only two), and pigs (again, only a couple).  In those days (1940-1950) everyone in town was a “farmer” of some kind. That is, they grew most of their own foods. My father also had a fishing trawler and caught smelt off the coast of Plymouth. I really did not enjoy the fishing boat, since my only contact with it was to scrape off the barnacles off when he pulled it up on shore.